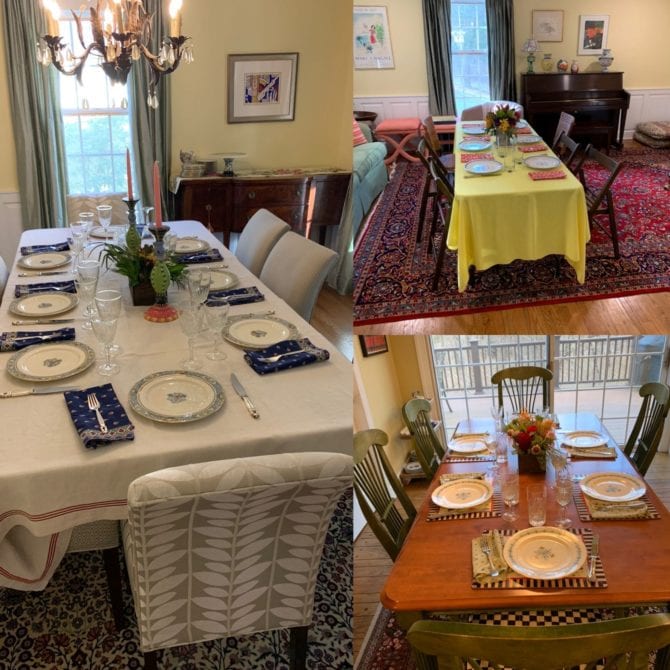 Thanksgiving is my favorite holiday. I like the Jewish High Holidays in that they provide a chance to be with family and friends and reflect on the past year of life, but fasting and making promises I am not sure I can keep are not really my thing. I also like the Passover Seder and sitting around a family table together, but then there’s the part about the plagues (the slaying of the first born never sat right with me) and neither did the gefilte fish.

Thanksgiving was my mother’s favorite holiday. “It’s the all American holiday,” she used to say. “We don’t have to rush off to services and so we can relax.” Thanksgiving was also my grandfather’s birthday, my mother’s father, who she (and really all of us in the family) adored. Legend has it that my grandfather was born on Thanksgiving day in 1908, and from that moment forward, his birthday was celebrated on Thanksgiving day. When I was little, I wondered why no one bothered to figure out the real calendar date of his birthday and then celebrate it on that date. I just googled it. He was born in November 26th.

Still we celebrated his birthday on Thanksgiving Day. My mother took over hosting from her older cousin when I was a young girl. I think it was the year after my mother’s cousin’s oven broke, and the cousin came over to cook her turkey in our oven early that Thanksgiving/my grandfather’s birthday morning.

Although my mother hated to cook, she set a beautiful table. For Thanksgiving, she set three tables as my large extended family gathered for my mother’s favorite holiday. We all lived quite close to each other, and we all were in fact, just close with each other. I thought that everyone went to the same school as their cousins, carpooled with them and had them as their babysitters.

My mother hosted countless Thanksgivings, all complete with formal place settings, service and jacket and tie dress code. She made the turkey (which she actually did not hate doing because as she used to say, the less you mess with it, the better it tastes.) My mother’s sister, her mother and her cousin made the side dishes and desserts. We always had a coconut cake to celebrate my grandfather’s birthday, and my grandfather always gave everyone in the family a present to celebrate his day. I still have a lot of the gifts he gave me for his birthday.

The last big Thanksgiving my mother hosted was my grandfather’s last birthday – his 93rd one. The next year, the crowd was smaller. There were no more grandparents alive, and many of my  cousins had moved away with grownup families of their own.

That next Thanksgiving, the first one without my grandfather, would turn out to be my mother’s last one. She died seven months later having only celebrated 57 of her favorite holidays. She was sick when planning that one, and somewhere in the midst of picking the menu and taking out the linens to be ironed, my mother’s sister insisted on hosting the holiday. My mother let her. She “didn’t have the strength” or at least that’s what she told me when I asked her why she wasn’t hosting her favorite holiday.

We didn’t know that the year her sister hosted Thanksgiving would be my mother’s last one. Or at least I didn’t know it. Maybe my mother did? I watched her with eagle eyes that night as she held her sister’s hand and said out loud to her and those within ear shot, “This is nice. Isn’t it?”

The first Thanksgiving after my mother died, I escaped to Florida with my husband, our new baby and my father. We had Thanksgiving dinner at a family friend’s house amidst palm trees and 75 degree temperatures. It was nice, but it was really hard. I cried the whole plane ride home that Thanksgiving Sunday.

I have hosted nearly all Thanksgiving dinners since the year we tried to escape from my mother’s favorite holiday. Sometimes we had a small crowd – only one table necessary. I tried to distract myself with turkey cupcakes for the kids, surveys on proper turkey cooking temperatures or basting times. Sometimes the distractions worked. Other years, I cried myself to sleep after guests had left and everyone in my house had gone to bed.

This past Thanksgiving, I set three tables — a first for me. The tables were filled with pretty dishes, linens, crystal, silver and flowers, with tasty and plentiful food, and most resonate to me, with people. As I looked around that night, I took note. I realized that only three people in attendance had been at those most treasured Thanksgivings of my childhood – my father, my brother and me. Only three of us had tasted the coconut birthday cake and had worn jacket and tie dress code for my mother’s favorite holiday.

The other people (and there were a lot of them) were part of a new family of mine. They were my husband’s family, my brother’s family, my father’s girlfriend and her family and a whole new generation of all of our children. All of these people, who will never know what it was to be at my mother’s Thanksgivings — they are my family. They became my family over the years perhaps when I wasn’t paying attention or necessarily looking for one.

And as I watched the conversation flow with ease and with genuine feelings that everyone was really happy to be there, my husband walked by my chair at the head of our dining room table – the same table and spot where my mother used to sit. I squeezed his hand and caught his ear. “This is nice,” I said to him. “Isn’t it?” And it was.